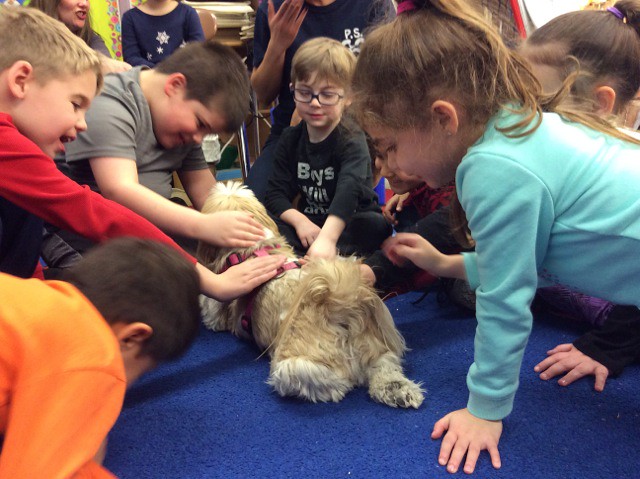 Collaboration and independence are encouraged; multiple programs for students with autism

Increasing parent involvement is a work in progress

One of the largest elementary schools on Staten Island, PS 69 serves the mid-island community of New Springville. It has G&T (gifted and talented) classes as well as programs for students with Autism Spectrum Disorder (ASD) and serves a range of students, including many with special needs.

Starting in kindergarten, students at PS 69 are encouraged to be independent learners. They keep portfolios of their work and reflect on their strengths, weaknesses and progress during individual conferences with their teachers. Across all grades, children learn to collaborate with one another, seeking out input from their classmates or working in groups. Teachers give students leeway to express their ideas in ways that make sense to them such as charts, mini-plays, PowerPoint and even creating lessons, according to the Quality Review.

Principal since 2007, Doreen E. Murphy has spent her entire career at PS 69, starting out in 1995 as a classroom teacher and later serving as an assistant principal. Murphy gets high marks for her leadership based on teacher and parent responses to the annual school surveys.

Students in grades k-5 participate in weekly enrichment activities that vary depending on students interests and talents. Each 13-week enrichment cycle culminates with students creating a final product or performance with their activity group. The school also offers dance, band, violin and community service opportunities. One group of students helped refurbish and restore a piano at an adult day program at the Sea View Hospital Rehabilitation Center. [photo of kids with therapy dog from school website]

One school-wide goal is to strengthen parent involvement. Participation has increased in response to staff efforts such as hosting workshops on topics of interest to parents, but its still a work in progress, according to the schools Comprehensive Education Plan.

There are after-school activities and a fee-based morning care program that allows parents to drop off their children as early as 6:55 am.

SPECIAL EDUCATION: In addition to SETSS and ICT classes, the school offers multiple approaches and settings for students with ASD including NEST, which follows an inclusion model, and Horizon, which offers self-contained classes for students who need more intensive support. A separate Intensive Kindergarten (IK) class serves ASD students with average or high aptitude. The emphasis is on developing social skills and self-regulation rather than academics. IK students who do well move on to a NEST kindergarten the following year.

ADMISSIONS: The school typically admits zoned students and siblings of current students. Admission to G&T is according to Department of Education standards. (Laura Zingmond, web reports and school data, July 2016).

How many teachers have 3 or more years of experience teaching?
86%
80% Citywide Average
Years of principal experience at this school
11.9