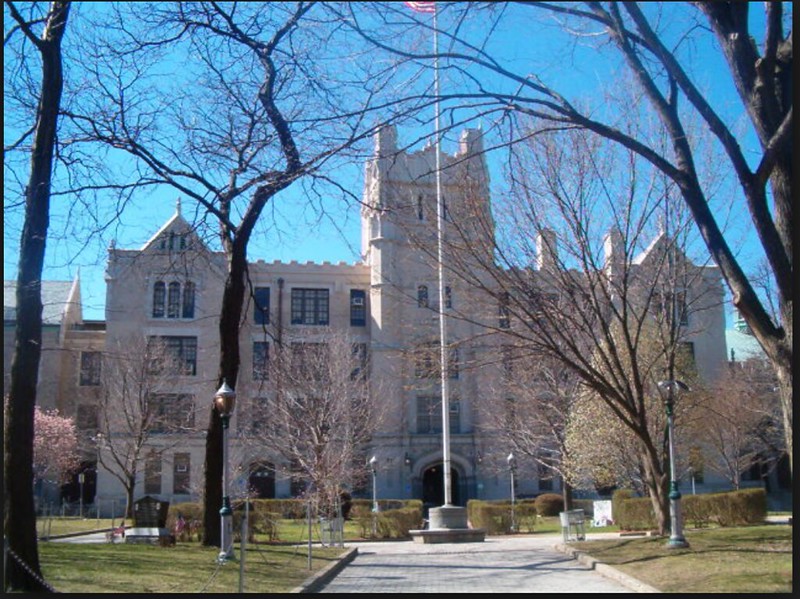 Too much chalk and talk

Curtis is broken into nine small learning communities called houses – “many houses, one home” as a student says in a school video. These include houses focused on the academically demanding International Baccalaureate curriculum, Navy Junior Reserve Officers Training Corps and various college preparatory programs, including legal studies and journalism. Some of the houses, such as visual and performing arts and the Computer Business Institute, also offer a career training component. Students in the nursing house graduate high school ready to take the New York State Boards for Licensed Practical Nurse and Nurses Assistant certification exams.

Most teachers look forward to work and recommend the school to parents, according to school surveys. An educator who visited the school for its Quality Review praised Curtis for its embrace of technology, for setting high expectations for students and for communication with parents.

However, some teachers rely too heavily on question-and-answer sessions and don't do enough to adjust classwork to individual student needs, the reviewer said. Too many classes have desks in rows, impeding class discussions.

Curtis — the borough's first high school — opened in 1904 and the building was landmarked in 1982. Overcrowding was a persistent concern but a new wing including eleven classrooms, a gymnasium, and a multimedia room opened in 2017, easing the problem.

Admissions: Any resident residing within Curtis’ zone on Staten Island’s North Shore is admitted. Once admitted students can then select from houses with available slots. Students who want admission to a specific program must apply to that program. Students from outside the zone must apply program by program. While all are open to any New York City student, some give priority to Staten Islanders, with few, if any, openings available to children from other boroughs, Admissions criteria and availability vary. There are some openings for incoming 10th graders. (Gail Robinson, school website and DOE material, October 2018)

How many teachers have 3 or more years of experience teaching?
88%
76% Citywide Average
Years of principal experience at this school
4.0

The SEI's rigorous, four-year sequence equips students with computer technology skills that lead to success in the 21st century workplace. The program introduces students to computer science, programming, web design and engineering. The sequence includes HTML, CSS, Photoshop, Python, JavaScript and SNAP. This program is excellent preparation for students interested in a computer science college major and the opportunity to get advanced college placement by taking an AP Computer Science class.

This program offers students the opportunity to gain a basic understanding of law as the foundation of human society and our role as citizens in the justice system. In addition to standard academic curricula, students interact with representatives from the legal community, including district attorneys, judges, and special law enforcement agencies such as the FBI.

The IB Diploma Program offers students a unique, rigorous curriculum in Humanities and STEM-related fields authorized by the IB Organization. All students are expected to achieve an Advanced Regents Diploma and will also take numerous AP courses in addition to their seven required IB courses.

This program offers students opportunities to explore the following: writing, layout design, photography and documentary film. Students become multi-platform producers and explore how to use social media to tell their stories and represent their generation. Students become citizen journalists and learn how their voices can impact the ever-changing media environment.

The Naval JROTC program is a leadership and citizenship training program co-sponsored by the Department of Education and the United States Navy. The curriculum is divided into three areas: academic, military skills, and physical fitness, with a strong emphasis on civics and character development.

This program offers two State-approved CTE health career programs. The Practical Nursing program includes 798 clinical hours in addition to the curriculum. These students are then eligible to take the NCLEX State Board examination for Licensed Practical Nurse. The Nursing Assistant program includes 108 clinical hours along with a curriculum that allows students to take the NYS certification exam to be certified as a Nursing Assistant.

The IBCP program offers students challenging college-prep classes such as IB, AP and CTE classes. Curtis High School International Baccalaureate Career-related Program is certified by the IB World Organization. We currently offer career pathways in Journalism, The Arts, Law and STEM. This program is also part of the CHS World Student Exchange with the Netherlands, Italy, France, and/or Spain.

This program offers students the opportunity to study fine arts or graphic design through a variety of classes that are enriched by after-school programs and a design partnership with Roundabout Theater. Course offerings include: Drawing, Painting, AP Art History, IB Art, and/or CTE Graphic Design using Adobe Creative Suite.