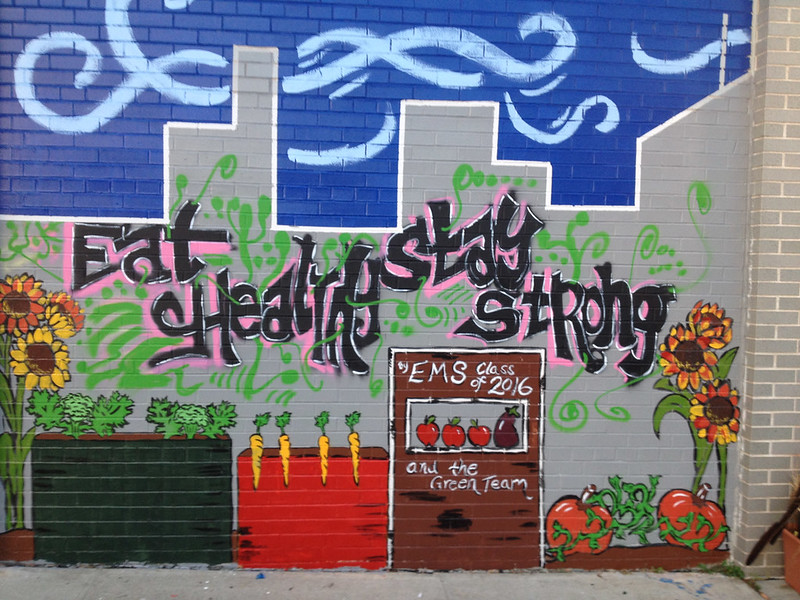 Evergreen Middle School for Urban Exploration in Bushwick opened in 2012 with the idea that children learn best when given the opportunity to explore their urban environment through hands-on activities such as gardening and cooking, according to the middle school directory.

With support from the Edible Schoolyard project, the school has its own small garden, decorated with a mural designed by students and staff [photo by Edible schoolyard]

The school has an atmosphere of trust and respect. Students overwhelmingly say they feel they can confide in their teachers. Teachers uniformly say Lauren Reiss, principal since 2013, is an effective leader who respects them, according to school surveys. While test scores are below average, the school has an above average attendance rate.

The school has a dual language Spanish program, designed to make students fluent in both English and Spanish.

Evergreen replaced IS 296, which closed in 2014 due to poor performance. It shares the building with the Achievement First Bushwick Charter Elementary School.

How many teachers have 3 or more years of experience teaching?
68%
75% Citywide Average
Years of principal experience at this school
6.2

Legacy School of the Arts