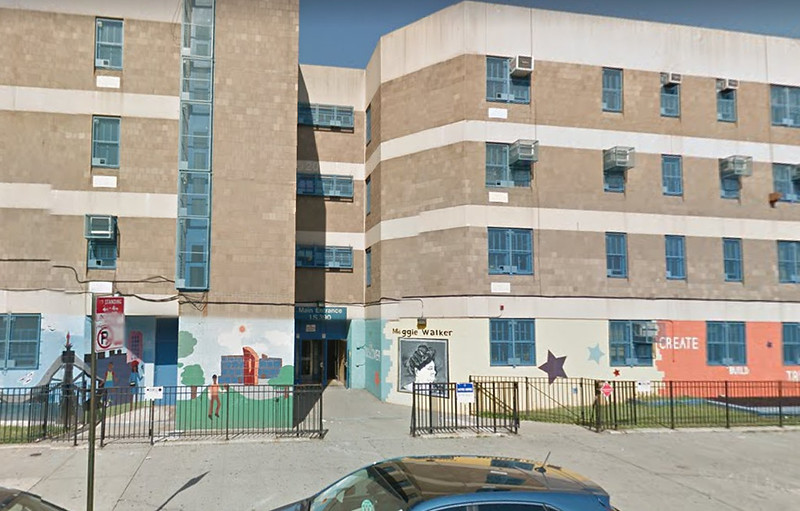 Highly scheduled day may not appeal to some

KIPP AMP, meaning Knowledge is Power Program: Always Mentally Prepared, opened in 2005 and is modeled after the first New York City KIPP charter school in the Bronx. In 2013 they added an elementary school in the same building beginning with kindergarten, with plans to expand by one grade per year.

The KIPP network operates over 140 charter schools across the United States, most in low-income neighborhoods. KIPP schools are characterized by a longer school day, a blend of academic rigor and fun, and an emphasis on positive behavior and character.

Children climb stairs and walk the halls in silence; even the youngest have a tightly scheduled day that lasts from 7:30 am to 4 pm with scheduled bathroom breaks. The middle school runs from 7 am to 5:30 pm, but both elementary and middle schoolers are dismissed earlier on Friday. Parents are primarily pleased with KIPP AMP, although on message boards some grumble about too many loose-leaf assignments and papers coming home in backpacks, and too much homework. However, plenty of spirit is on display on the school's Facebook page.

KIPPsters, as students are called, are expected to behave in a civilized manner, and they mostly do. Minor infractions (an untied shoe, an un-tucked shirt, or even not being polite enough while taking a seat on the rug) are grounds for detention or exclusion from a group activity. The school offers incentives to students to stay on track, however. Students who earn enough KIPP "dollars" for good behavior and completed homework may earn anything from a T-shirt to participation in a class trip.

Teachers are typically young and energetic helpful qualities for the demands of the environment. Emily Carroll, principal of the elementary school, is also young, in her early thirties. Teachers employ a mix of traditional and progressive teaching methods. They clap, sing and chant to keep kids alert and engaged. Students may even reach out to them in the evenings if they need more help. [Photo by Sonja Sharp, DNAinfo.]

The middle school has had some trouble retaining teachers; in past years there was an attempt by teachers to unionize, but they abandoned this quest and the controversy seems to have quieted down under the leadership of Debon Lewis. [Lewis left in 2014 to lead an educational consulting business called Transformative Growth Partners. His replacement, Orpheus Williams, was educated at Cornell University and has served as a managing director and leadership coach in the KIPP charter network.]

Many AMP students learn to play an instrument and participate in a music program that centers on jazz history. The school's Legacy Jazz Ensemble regularly performs at events throughout the city and has attended the Newport Jazz Festival every year since 2008. In addition to music, students may join dance, soccer, basketball, track or the award-winning debate team, which meets three days a week year-round.

The elementary and middle schools are located in Crown Heights in Brooklyn in a building shared with The School of Integrated Learning and The Middle School for Academic and Social Excellence. KIPP NYC College Prep High School opened in Harlem in 2009 for students graduating from all five NYC KIPP middle schools.

Admissions: Students are accepted by a lottery held in April, and the demand for seats far outweighs the supply. Priority is given to District 17 residents. Students are rarely accepted in 6th, 7th or 8th grade. The high school accepts all advancing KIPP 8th graders who apply (Lydie Raschka, web reports and DOE data, April 2014; new principal update January 2015).

Shared campus?
Yes
This school shares a building with the School for Integrated Learning
Metal detectors?
No