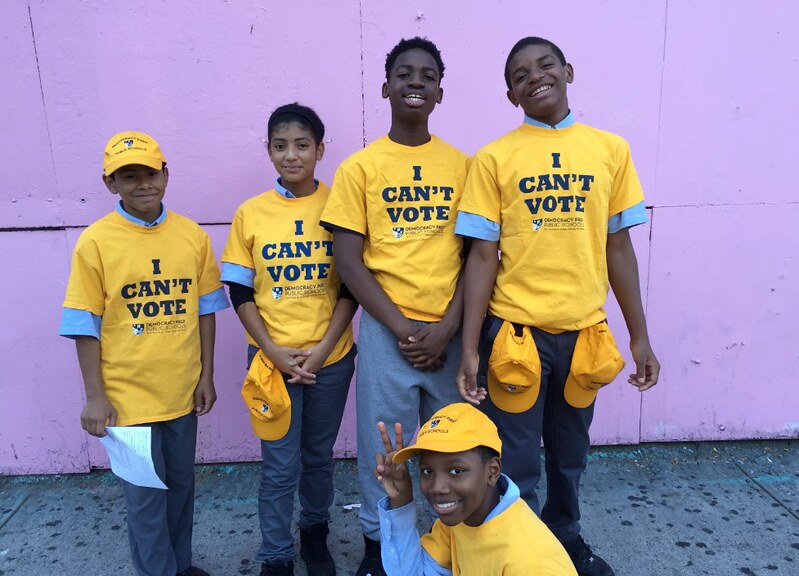 Democracy Prep Harlem Charter was the second in the Democracy Prep network of more than a dozen middle schools. The schools combine strict discipline and a long school day with out-of-state trips, political activity and exposure to Korean music and dance. (High school students take four years of Korean language.)

Democracy Preps founder, Seth Andrews, wanted to give his mostly African-American and Latino students a taste of Korean culture and Korean educational valuesrespect for teachers, education and hard work. At the end of each school year, the schools host a Korean Street Festivalin Harlem, with bibimbap (Koreas national dish of rice and vegetables), Korean games and traditional Korean dance.

In addition to core academics and gym, students take classes in health, theater, visual arts and music. They visit colleges in Washington D.C., Montreal, and Boston, and even go whale watching.

The Harlem school has roughly 300 students and most report they feel safe in orderly classrooms, according to school surveys. The day runs from 7:30 am to 4:00 pm (4:45 pm for kids who stay for tutoring, enrichment or detention). Test scores are average, compared to other middle schools in the city.

Children get involved in the community. They run a campaign to help New Yorkers figure out where to vote, hold election parties and debate pros and cons of charter schools. [see photo from school website] Parents are expected to register to vote and must agree to attend at least one civic event per year, according to the school handbook. Kids also help out at a food pantry, in a community garden and by writing letters to troops.

Democracy Prep has a culture of strict discipline. Students wear uniforms, pass in silent lines in hallways and must track the teacher with their eyes. There are consequences for tardiness, missing uniforms and other infractions. Students earn fake dollars for good behavior and grades, and use the dollars to earn special privileges such as college trips.

The schools suspension rate was almost 30 percent, far above the statewide average of 3 percent, in 2014-2015, when data was most recently available. While most students think discipline is fair, 40 percent do not, according to school surveys.

This school has had an unusually high rate of teacher turnover: in 2016-2017 more than half the teachers left, according to board meeting minutes, and this was attributed in part to teachers opting for schools with shorter hours.