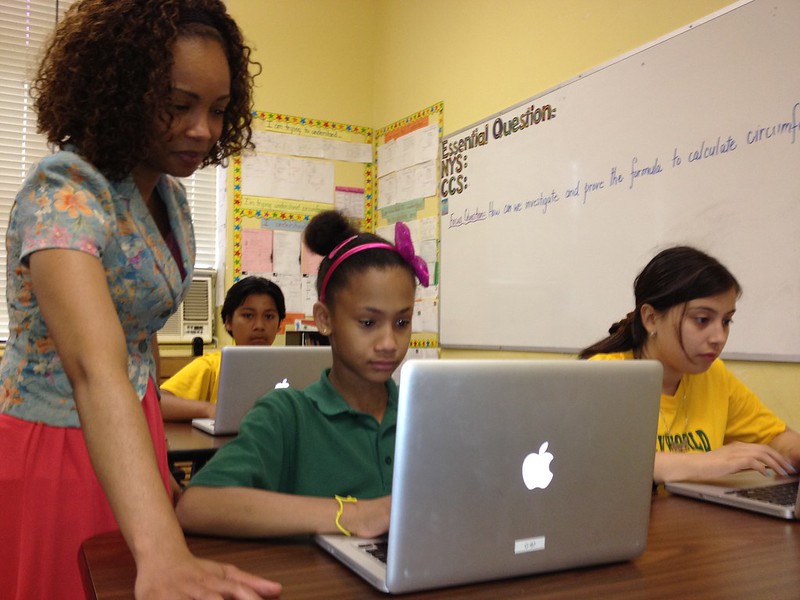 New World Preparatory Charter has a longer school day and gives priority in admissions to children learning English. While test scores are about average compared to other schools in the city, New World boasts good attendance and strong leadership, according to school surveys.

The school is located in the Port Richmond section of Staten Island, which is home to a growing immigrant population. Recognizing the needs of its surrounding community, New World Prep’s mission is to serve English language learners. It also has a large special needs population.

Principal Amanda Ainley has a clear vision and is a good manager according to teachers on the 2016-17 NYC School Survey. Almost all teachers would recommend the school to other families. On the Survey, some students grumble that students don't pay attention, listen or follow the rules in class, but almost all students strongly agree they feel safe in classrooms at their school.

The day runs from 8 am to 4 pm, except Wednesday, which has a 2 pm dismissal. It says in the student handbook that students may be required to attend a morning Saturday Academy depending on their grades.

Opened in 2010, New World Prep is Staten Island’s first middle grade charter school. It is part of a network of schools operating in Illinois, Pennsylvania and New York managed by Victory Education Partners. [photo from the school website]

ADMISSIONS: By lottery. Preference goes to siblings, teens learning English, and those who live in homes where languages other than English are spoken. A wait list for every grade is listed on the website. (Lydie Raschka, web reports and DOE data, September 2017).