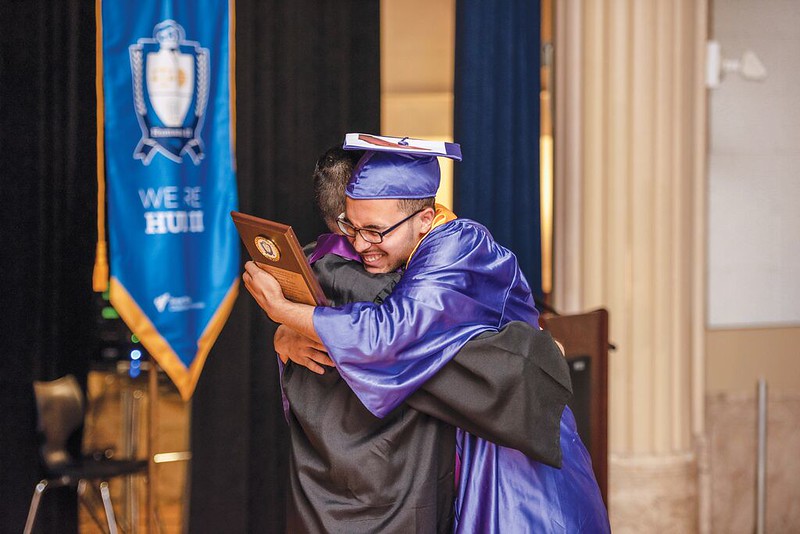 Concerns about discipline and order

New Visions Charter High School for Humanities II (HUM II) opened in 2012 in the Samuel Gompers Educational Campus. HUM II emphasizes courses in literature, history and writing, for those interested in careers such as law, teaching, journalism or in the arts.

HUM II is part of the New Visions Charter High Schools network, which were created by New Visions for Public Schools, a nonprofit organization that has worked to strengthen NYC public schools since 1989.

School runs from about 8:15 am to 4:15 pm four days a week (the last hour and a half consists of electives and clubs), and ends at 2:30 pm on Thursday. After-school students participate in various clubs and on-campus sports such as soccer, basketball, track, volleyball, and more. There is a required summer session for new 9th- and 10th-graders.

At the New Visions schools teachers aim to strengthen reading, writing and speaking skills in the first two grades. Writing at the high schools is taught in six cycles, with a focus on different genres and skills; in the first trimester of senior year, for example, students write six essays in various styles. Writing is also practiced in other subject areas such as math and science, according to curriculum published online.

In a partnership with Lincoln Center Institute students attend performances and visit art exhibitions related to their studies on a regular basis. Class size averages 20 students and there are two teachers in most classrooms.

While most students say they feel safe in school, the suspension rate is very high and some teachers say discipline and order is not maintained, according to NYC school surveys. Attendance rates show roughly half the students miss at least a month of school.

The school's graduation rate hovers close to the citywide average. However, the number of students who have persisted in college for at least three semesters is slightly higher than the borough-wide average. Graduates have gone on to colleges such as SUNY Albany, Buffalo State College, Borough of Manhattan Community College, Howard University, Hunter College and Yale University, according to the New Visions website.

HUM II is modeled after the original New Visions Charter High School for the Humanities, which opened in 2011 in the Bronx.

ADMISSIONS: All students are admitted by lottery. To participate, students must fill out an application typically by April 1st. Applications received after the deadline will automatically be placed on a waitlist. Admissions is ongoing until all seats are filled. Visit www.newvisions.org/admissions for more information or email [email protected] (Lydie Raschka, web reports and email correspondence, February 2020; photo supplied by New Visions)