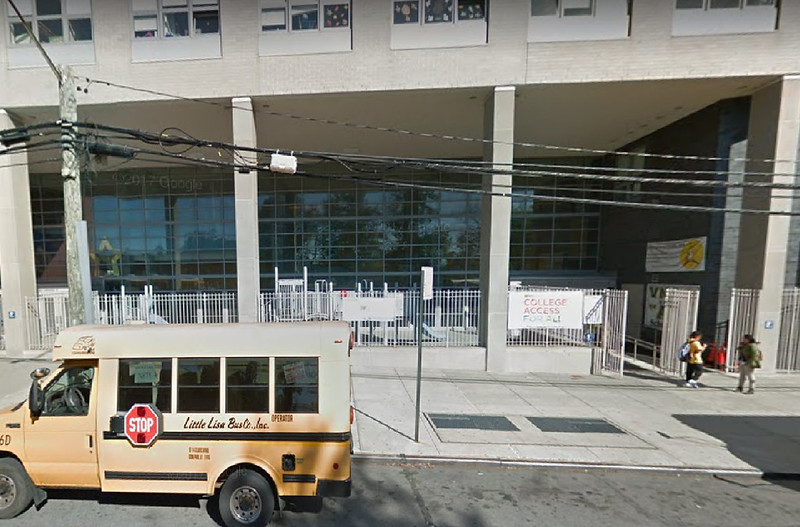 Icahn Charter 2 is a high performing school with steady leadership and engaging instruction. Its part of a small network of charter schools opened with the support of billionaire financier Carl Icahn. Like all schools in the network, Icahn 2 features a school day and school year thats longer than in traditional public schools. Class size is smalljust 18 students, even in the upper grades.

Principal Brenda Carrasquillo has led the school since it opened in 2007. Prior to Icahn 2, Carrasquillo worked at the Department of Education in a variety of positions including principal of PS 92 in the Bronx.

Inside the spacious, contemporary building, hallways are brimming with colorful and imaginative student projectsdioramas, posters and detailed models of human skeletal, circulatory and pulmonary systems.

Icahn is an orderly place. Children wear uniforms and rules are enforced, but the tone is not harsh or rigid. On our visit, kids were serious and engaged, but also smiling and chatting as they worked. Teachers have the freedom to decide how they want to deliver their lessons. Some rely more heavily on class-wide and independent work, while other encourage students to work in groups.

At the heart of the Icahn model is the use of the Core Knowledge curriculum, which is designed to expose students to a broad range of historical, scientific and cultural topics from an early age. Students do lots of talking and writing about what they are studying, and develop advanced vocabularies from all the content they are expected to learn.

We met kindergartners who discussed in detail animal life in rainforests, oceans and the African Savannahtopics they studied by reading multiple books. A 2nd-grader created a working model of Mt. Vesuvius because it was one of the most dangerous volcanoes in European Historyand it erupted in 79 AD. In social studies, 7th-graders learn about the Alien and Sedition Acts of 1798; in English they discuss symbolism in an essay on the London Blitz of 1940.

Daily science classes start in kindergarten. Starting in 3rd grade every child gets a Chromebook to use both at school and home.

Sixth grade follows a modified, middle school format. Students have one teacher for math and another for English and social studies. Seventh-and 8th-graders travel to different rooms for different subjects. Regents algebra is offered in the 8th grade.

The small class sizes allow for teachers to keep close tabs on students. Those needing extra help, including students who are falling behind, English language learners and children with special needs, get support after school, on Saturdays and through the targeted assistance program. A fulltime targeted assistance teacher assesses each child and then works with small groups of children outside their regular classroom.

Classes run from 8:30 am to 3:45 pm. There are a range of free after-school activities run onsite by the New York Junior Tennis League such as tennis, soccer, coding and STEP.

Icahn 2 has a good record of sending graduates to competititve high schools such as Bard High School Early College, Manhattan Center for Science and Mathematics, and the specialized high schools. Some graduates attend independent and Catholic schools.

The school has its own dedicated space and entrance in a builiding it shares with PS/MS498 and P176, which is run by District 75, the citywide district for children with severe disabilities.

Shared campus?
Yes
This school shares a building with PS/MS 498
Metal detectors?
No