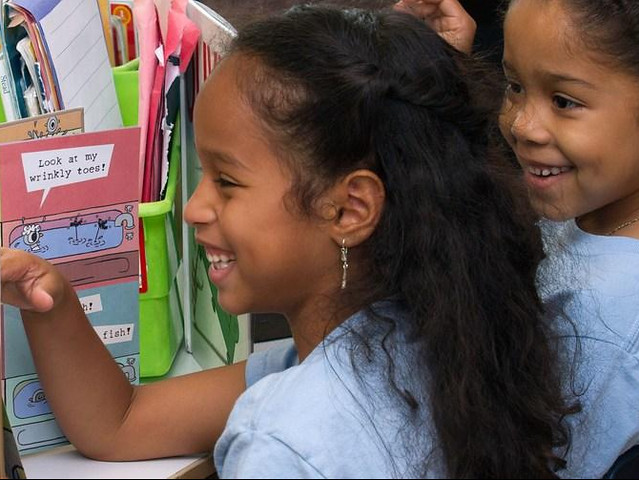 Strong track record in all areas

Opened in September 2008, the Bronx Academy of Promise Charter School is well-run kindergarten through 8th grade school with a strong record of attendance, above average test scores in reading and math, and a positive school culture. Teachers overwhelmingly recommend the school to new families.

Most students arrive early enough for an 8 am breakfast, dressed in their school uniform of a light blue polo shirt with the school's logo and navy blue bottoms. The school sets a consistent tone; mornings begin with a guided mindfulness exercise, according to the school handbook, which is posted online in English and Spanish. Behavior expectations are posted in each classroom.

Unlike most charter schools, Bronx Academy does not have an extended school day: classes run from 8:30 am to 3:15 pm. Students may participate in math club, chess club or glee club after school. The school follows the Department of Education's school schedule from September to June, but there is a summer program to help children catch up on skills. Along with core subjects, such as math, social studies and science, students receive instruction in art, music, technology and gym.

Principal Catherine Jackvony took the helm in 2011 and is credited with turning the school around following a revolving door of principals. She gave teachers and students more say in the learning and culture, according to an interview in DNAinfo. When teachers said they didn’t like the math program, she allowed staff to vote on a new one to use; when students said they didn’t like the cafeteria food, she hired a chef from a Manhattan restaurant, who had a young family, and wanted to get on a school schedule like his kids.

Teachers are loyal and tend to stay and build their careers here. Working in teams, they have become skilled at using test data to inform instruction, according to board meeting minutes. The school uses Envision Math and Guided Math, which emphasize hands-on and visual learning at a child’s own pace. Students drill math facts so they can speedily add, subtract, multiply and divide, but also develop the ability to use a variety of math skills to solve complex problems. The reading program is a combination of individual, large and small group work to build skills.

Unlike many city schools, there are no high school-level Regents classes for 8th graders, such as algebra. These courses can give students a jump-start on high school, which can set them up for the higher-level classes by the time they reach the 11th and 12th grade.