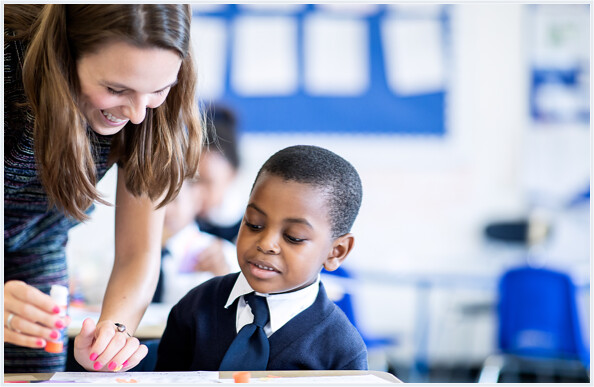 Strict behavior code may not appeal to some

Opened in 2017, South Bronx Classical IV (SBC IV) is part of small network of a high-performing charter schools. It is modelled after the original South Bronx Classical Charter, which was founded in 2004 by Lester Long, a former investment banker and elementary school teacher. The school is expanding by one grade a year until it reaches capacity serving grades K to 8.

Like all the schools in the network, SBC IV’s school day and school year run longer than in traditional public schools. Class sizes are kept small with 20 students or less. Latin instruction begins in 3rd grade; debate classes start in 5th grade. There’s a heavy emphasis on learning facts and honing skills and by the time students are in middle school, they’re tackling challenging work.

Children wear uniforms and must adhere to a strict behavior code. During our visit to the original South Bronx Classical school, we observed that when listening to the teacher, children were expected to sit up straight with hands folded on the desk; a student may be admonished for behavior such as eye-rolling or that’s interpreted to be whining or talking back.

Students may participate in activities such as sports, yoga, music and art, according to the school’s website.

ADMISSIONS: A lottery is held in April. Priority is given to District 8 residents. (Laura Zingmond, web reports, January 2020; photo from school website)