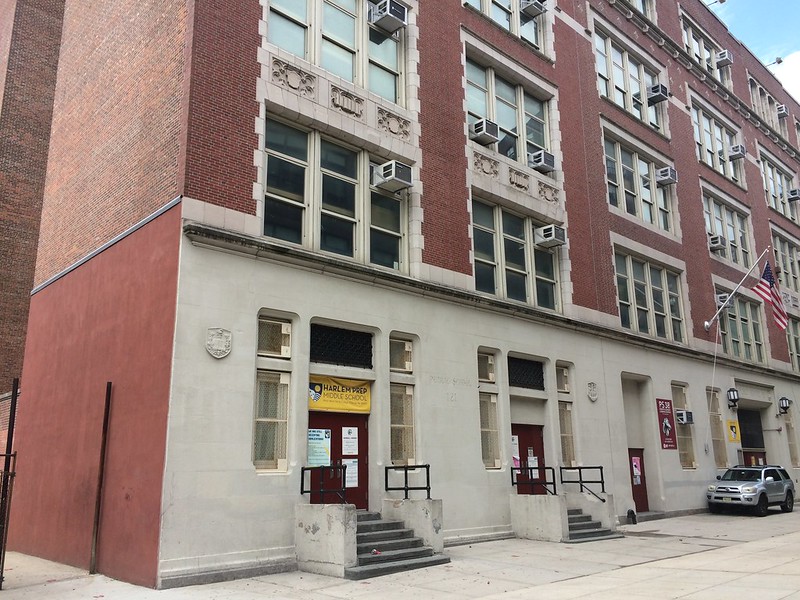 Some kids grumble about discipline

Harlem Prep Charter Middle School is part of the Democracy Prep network that runs more than a dozen schools in the city. Aptly named, Democracy Prep educates kids on the democratic process both in and out of school, by teaching them debate and taking them to city halls and state capitols to lobby elected officials on issues of importance to them. Students lead a"Get-Out-The-Vote" campaign, to help register New York City residents to vote [photo and story from the school website]. Middle school children take lots of trips including to visit colleges in Washington D.C., Boston and Canada. Children in middle school try out Korean dance, food and music. In high school, they study the Korean language all four years.

The school day runs from 7:30 am to 4:00 pm (4:45 for those who stay for tutoring or enrichment). Children spend extra time in core academics during school hours: literacy three hours a day, math two hours a day, and social studies and science one hour a day. Additionally, they rotate by semester through classes in health, theater, visual arts and music.

Harlem Prep has a culture of discipline and rewards, with consequences for tardiness, missing uniforms and other infractions. Democracy Prep values are summarized by the acronym DREAM (Discipline, Respect, Enthusiasm, Accountability, and Maturity). Students earn and lose DREAM Dollars based on their behavior and academic performance. They use their dollars to participate in a variety of activities and field trips, which is spelled out in the school handbook on the website.

A downside: While parents are mostly satisfied with the school and most teachers say the school is orderly, more than one-third of the students say the discipline is unfair, according to surveys.

Students begin the school year with an orientation week in late August. The majority of graduating 8th graders continue on to Democracy Prep High School.

Shared campus?
Yes
This school shares the building with PS 38.
Uniforms required?
No
Metal detectors?
No