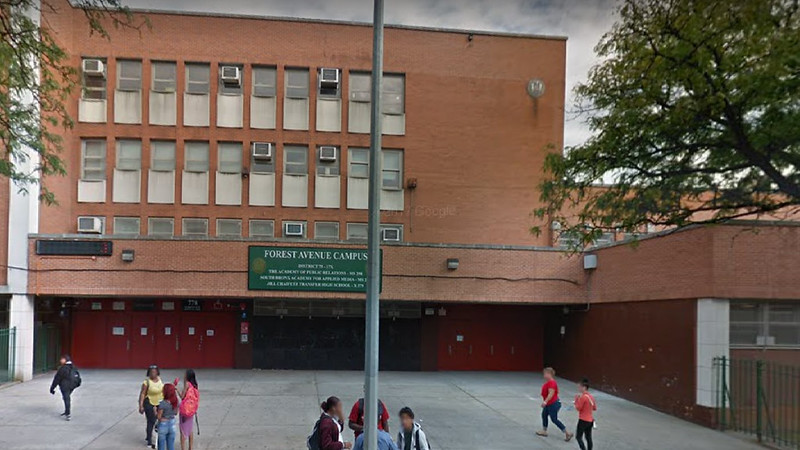 Experienced principal grew up in the neighborhood

Opened in fall 2005, the Academy of Public Relations is a small middle school that shares The Forest Avenue Campus with three other schools: another small middle school, the South Bronx Academy of Applied Media; the Jill Chaifetz Transfer High School, and a District 75 school for children with severe disabilities.

Principal Amy Andino-Flohr, who grew up just a few blocks away, has been principal since the school’s founding. She and the staff have a good rapport with parents, according to school surveys. Parents go on class trips and attend monthly brunches with the principal, according to the Quality Review.

The school has two programs, one English-only, and the other dual language, with instruction in both English and Spanish.

Most students begin 6th grade with very weak academic skills, with many reading two to three years behind grade level. The school has adopted special, intensive programs to help them catch up, including the Middle School Quality Initiative and STARI (Strategic Adolescence Reading Intervention). Despite these efforts, academic achievement still has a ways to go.

Marquis Studio offers after-school clubs such as, Latin percussion, hip hop dance and film, according to the Comprehensive Education Plan.

The school is housed in the former IS 184, which was closed for poor performance in 2007.

How many teachers have 3 or more years of experience teaching?
54%
75% Citywide Average
Years of principal experience at this school
14.1