Academy of Applied Mathematics and Technology 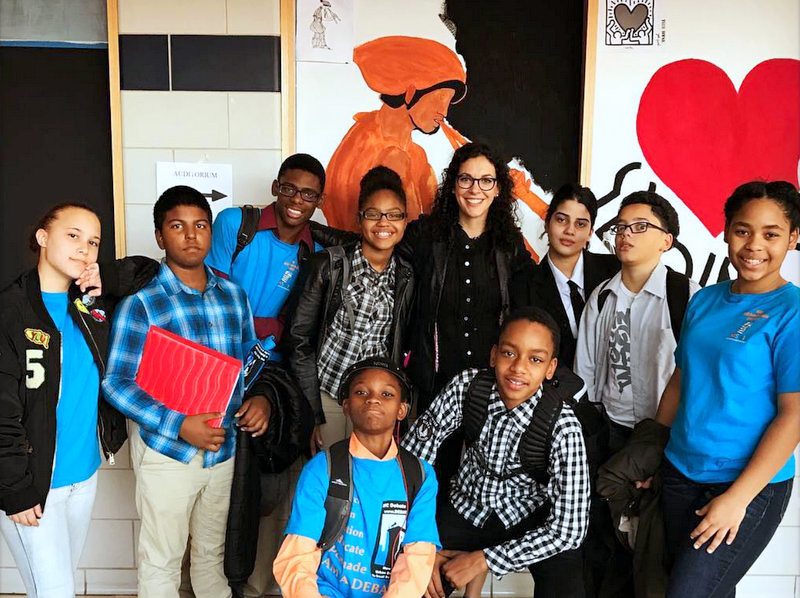 The Academy of Applied Mathematics and Technology (AAMT) is an orderly middle school where students feel engaged and challenged in their classes and teachers enjoy coming to work each day. There are a range of clubs and activities such as debate, robotics and yearbook, as well as several sports teams. Students have the chance to see Broadway shows for free.

Test scores run average for the city, but exceed district-wide performance. The school has a good record of challenging stronger students while raising the achievement of those arriving with weak skills, according to the school’s most recent Quality Snapshot. By the end of 8th grade, roughly one-third of students earn high school credits taking Living Environment or algebra, though some graduates struggle to pass all their classes in 9th grade

AAMT boasts the only competitive debate team in the South Bronx, which has ranked among the top three teams in the city’s novice league. One team member says in this video that debate teaches them “how to form, defend and express intelligent opinions to make sure we are heard,” and gives them important skills using technology like Google Docs. Other creative outlets include art, music, and dance classes taught by professional artists through a partnership with Creative Connections, according to their Arts in Schools Report.

Parents and teachers who responded to the NYC School Survey give top marks to the school and principal Vincent Gassetto: almost all agreed the principal is an effective manager and works to create a sense of community in the school. Teacher retention is much higher than other District 7 schools, according to their most recent Comprehensive Educational Plan (CEP).

Teaching Matters awarded AAMT with their Elizabeth Rohatyn Award in 2017 for their unique system of teacher and student self-reflection and improvement. AAMT teachers are focused on improving the writing skills of their English language learners, according to the CEP.

Teachers of core subjects get to know their students’ strengths and challenges well because they stay with them for all three years they are at AAMT, according to the Middle School Directory. Students say they feel safe and supported at the school, according to their responses in the school survey.

The school shares a building with PS/IS 224 and the International Community High School.

Graduates attend a variety of high schools including the Alfred E. Smith Career and Technical Education High School, MS 223 The Laboratory School Of Finance And Technology and the Hostos-Lincoln Academy of Science.

How many teachers have 3 or more years of experience teaching?
87%
75% Citywide Average
Years of principal experience at this school
9.5