The School for Inquiry and Social Justice 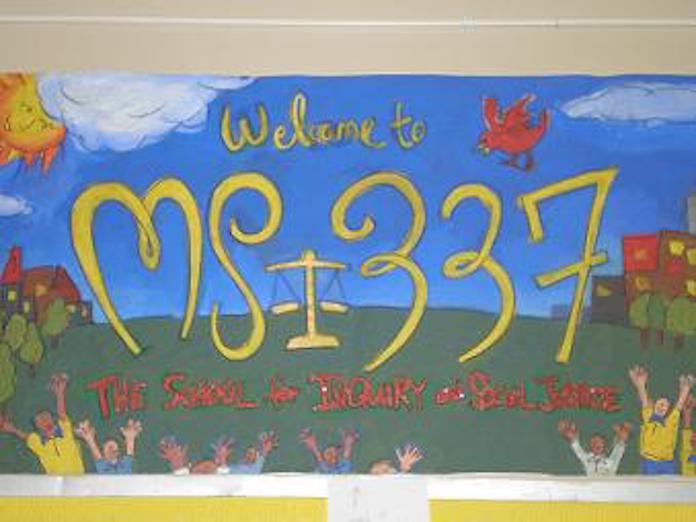 The School for Inquiry and Social Justice offers stable leadership, solid academics and a lot of support for students learning English.

Located in the Soundview section of the Bronx, Inquiry and Social Justice shares a building with JHS 123, another middle school. Enrollment for Inquiry and Social Justice has increased significantly in recent years and in 2016, the school took over the entire third and fourth floor of the premises to accommodate its expanding population, according to the 2016-17 School Comprehensive Education Plan (SCEP). There are roughly six classes per grade.

The school has a good record of challenging stronger students while raising the achievement of those arriving with weak skills, according to the 2016 Quality Snapshot. Math scores exceed the citywide average. English scores, while not as high, still exceed the district-wide average. By the end of 8th grade some students are taking and passing the Regents exam in Algebra.

Students who are learning English start out in the school’s ELL (English language learner) Academy, which provides instruction geared to increasing their fluency in English while staying on track in all subjects. In recent years the ELL Academy has served native speakers of French, Arabic, Bengali and Chinese, according to the SCEP. The school has a particularly strong record with former English language learners—those who improved enough to be deemed proficient in English. Inquiry and Social Justice’s scores on the state English exam for this group are more than double the citywide average.

The school gets high marks from teachers who say that longtime principal, A Cyprys is an effective manager and has a clear vision for the school according to the 2016-17 NYC School Survey. Roughly half of the teachers have less than three years teaching experience, which is below the citywide average.

In addition to sports teams, activities include art, dance, music, computer coding and Mock Trial, in which teens act out a real trial in a pretend courtroom. The school has a partnership with the Sports and Arts Foundation, which provides a summer program for incoming and current students, according to the SCEP.

How many teachers have 3 or more years of experience teaching?
63%
75% Citywide Average
Years of principal experience at this school
15.1

Shared campus?
Yes
This school shares a building with JHS 123
Uniforms required?
No
Metal detectors?
No