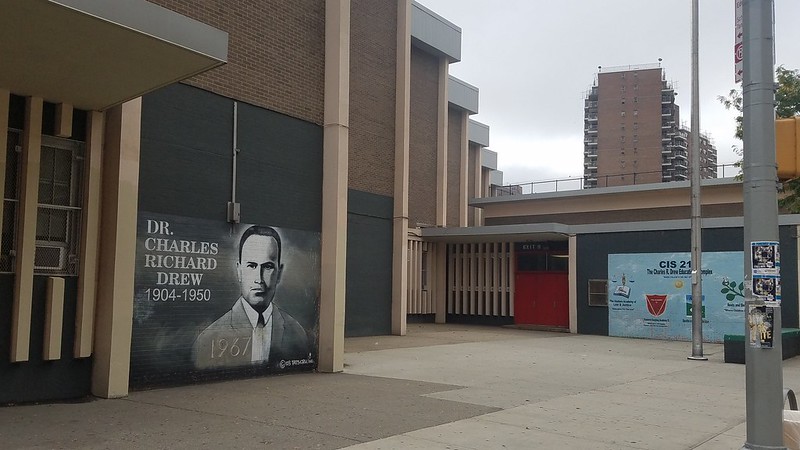 MS 219 New Venture School, a neighborhood middle school in Claremont Village that also admits children from other parts of the Bronx, offers music, musical theater and visual arts. A new leader has ambitious plans to strengthen the school’s math, technology, engineering, arts and math (STEAM) focus, to prepare students for high-paying jobs that typically lack minorities, such as in the field of computer science.

In 2018, Kelleyann Royce-Giron replaced a long-time principal who had served 14 years. She stocked rooms with new laptop carts. The school received a grant in 2019 to participate in the Mentoring in Medicine Program with Montefiore Hospital.

Some offerings to boost skills in math and science include computer application development and aeronautics, according to the Comprehensive Educational Plan (CEP).

Despite these positive changes, MS 219 has challenges that have persisted for a long time: many students miss at least a month of school. Some students are over-age and behind in credits, some are learning English, some are homeless. The numbers of students with special needs has grown, while enrollment has declined.

The Children’s Aid Society helps run Saturday programs and after school tutoring. GED and English classes are available to adults on weekends. The school sends home bilingual flyers to all families, and makes announcements in Spanish and English.

Special classes are held on Fridays to encourage students to come to school, such as dance, comic book club and cooking.

The community is one of extreme poverty and low levels of educational achievement; only seven percent of community residents have a college degree, according to the CEP. Students visit colleges every year and choose some classes from a brochure to give them a college-like experience.

This school shares the building with Frederick Douglass Academy III and Kappa MS 215. All students must pass through a metal detector.

How many teachers have 3 or more years of experience teaching?
68%
75% Citywide Average
Years of principal experience at this school
0.9