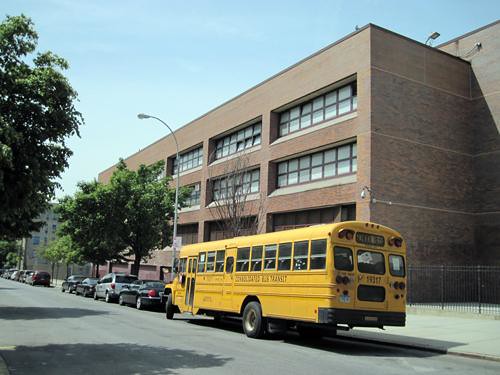 The school faces many challenges. About half the students are at least two years behind grade level in reading and one-quarter are overage, according to the CEP. Some are Spanish speakers who are still learning English. Many live in temporary housing and some are in foster care. Attendance is poor and many children miss more than a month of school.

IS 217 was one of two schools created when IS 116, a big, struggling middle school, closed in September 2002. One of those schools, IS 216, was phased out due to poor performance eight years later.

Admissions: A zoned school, IS 217 also admits students who live anywhere in the Bronx. (Clara Hemphill, web reports, May 2019)

How many teachers have 3 or more years of experience teaching?
38%
75% Citywide Average
Years of principal experience at this school
3.2

What high schools do most graduates attend?
Frederick Douglass Academy