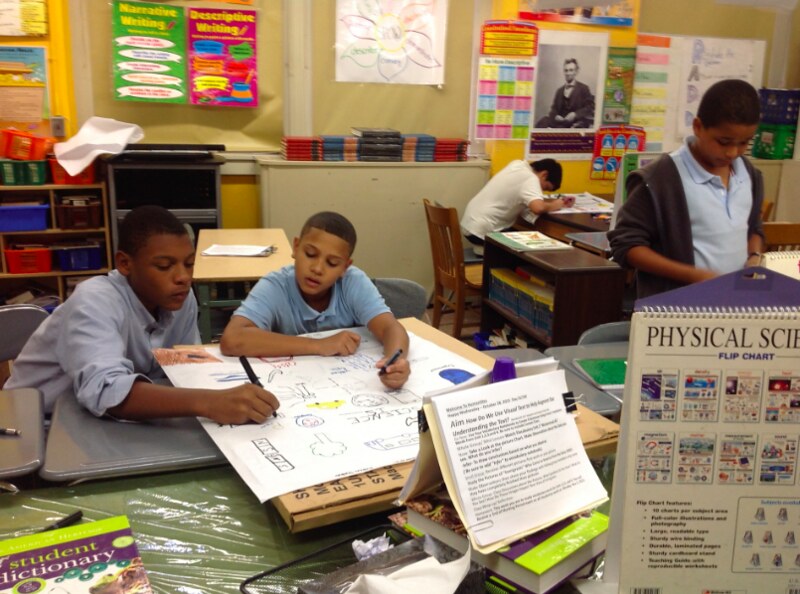 ACCION Academy partners with East Side Settlement, which provides students with extra academic and social support. PHIPPS Neighborhoods runs a free after school program, during which teens role play and learn how to solve problems, according to the middle school directory. Robotics, comic book illustration, dance and drama are other options.

The school works with Reportorio Espaniol, the directory says. Reportorio has playwrights and actors who present workshops in English and Spanish, according to the Reportorio website.

The school faces many challenges. More than half the students are at least two years behind grade level in reading and math. Many live in temporary housing and some are in foster care. Some are Spanish speakers who are still learning English. Attendance is poor and many children miss more than a month of school. Students may get extra help during summer sessions and on Saturday.

ACCION Academy merged with Entrada Academy in 2018, another small middle school in the building, more than doubling the school’s size. The combined school is under the leadership of Rajendra Jimenez Jailall, who took the helm in 2018. Jailall has worked as a literacy coach, and was assistant principal at PS 154 in Mott Haven for eight years, according to his LinkedIn page.

Founded in 2006, Accion Academy shares a building with IS 217, New York Center for Autism Charter School Bronx and the South Bronx Classical Charter School. The building originally held IS 116, a big struggling middle school that closed in September 2002.

How many teachers have 3 or more years of experience teaching?
60%
75% Citywide Average
Years of principal experience at this school
3.1

What high schools do most graduates attend?
The Cinema School

Shared campus?
Yes
This school shares a building with PS 44
Uniforms required?
No
Metal detectors?
No