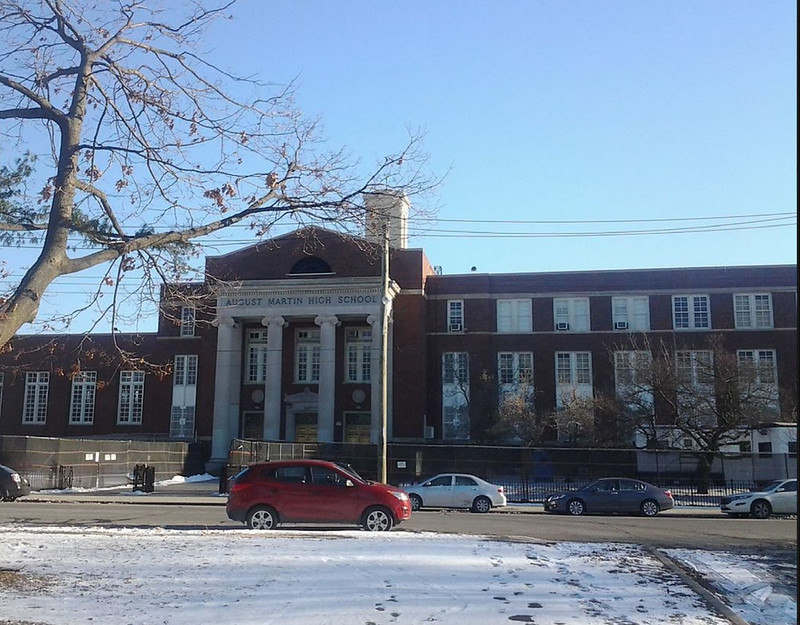 Many children miss a month or more of school

The school has vastly improved under the leadership of Principal Rory Parnell, who took the helm in 2015. August Martin has been removed from a list of schools in danger of closing. Safety has improved, the on-time graduation rate has almost doubled and more children are ready for college-level work.

Attendance is a significant challenge, and about half the students miss more than a month of school, according to Department of Education data. The school has an attendance team to help students improve.

Students are held accountable for behavior and academics in school to a greater degree than before. They have five extra hours of instruction per week, and some attend after school tutoring to catch up on credits, according to the comprehensive educational plan (CEP).

The culinary and flight programs begin in sophomore year. Students must maintain good grades and good behavior to be placed in one of the special programs.

The aviation program begins with the history and mechanics of flying, such as how planes are built. Helicopter and airplane simulators are available for on-site practice. By 12th grade, children may learn to pilot a plane, accompanied by an adult, at Republic Airport.

Culinary students cater events at school and in the community. They cook a Thanksgiving feast for the whole school with all the trimmings including collard greens, stuffing, salads and pies.

All children get a chance to sample art and music. They may play guitar, piano, steel drums or other instruments.

How many students were suspended?
4%
2% Citywide Average

How many teachers have 3 or more years of experience teaching?
64%
76% Citywide Average
Years of principal experience at this school
4.1

How many students with disabilities graduate in 4 years?
79%
66% Citywide Average

This program helps prepare students for careers in aviation. Students will have the opportunity to train in FAA flight and ground certification. Technical Certification is also offered for A+, C-Tech, and Microsoft MOUS Certification.

With a state-of-the-art culinary lab, this program provides a three-year sequence in culinary training which satisfies requirements for CTE certification.