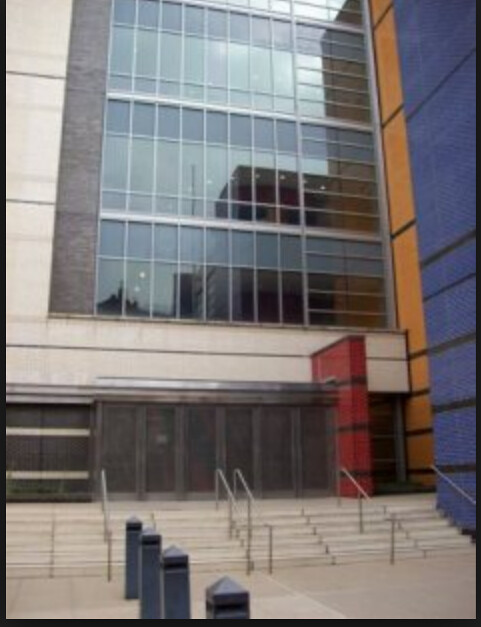 Classes preparing students for careers in police work and law

The High School for Law Enforcement and Public Safety seeks to prepare students for careers in law, police work and related fields.
The law enforcement theme pervades many of the regular academic classes, and the school offers specialized courses, such as criminology, forensic science, criminal justice and NYPD fitness. The school works with the Police Department and Police Athletic League.
The facility was built specifically for the school, which opened in 2003. In 2011 it added a new forensic science unit, where students learn to analyze fingerprints, hair, and DNA samples, and then learn how the data is used in a court of law.
Students interested in becoming police may participate in an Explorers program run by the New York Police Department. These students wear special uniforms and play a leadership role in the school.
An educator who visited Law Enforcement praised the school for giving students a real voice. Student concerns about being able to a pass the Police Department’s physical test, for example, prompted Law Enforcement to offer the NYPD fitness class, where students go to the police academy to get a better sense of what is required.
The school has several clubs including Girls on Point, created partly by female students to provide mentoring and other services. There are a few sports, including a co-ed double Dutch team.
Perhaps ironically given its focus, Law Enforcement has issues with discipline and safety. An unusually high percentage of students repsponding to a DOE survey said they do not feel safe in the school and even more feel unsafe outside it. Many students cited bullying as a problem and teachers responding to the survey saw a lack of discipline and respect in the building.
Special education: Law Enforcement offers a range of special education services, including team teaching classes with a mix of general and special education services and self-contained classes.
Admissions: The school screens students based on their academic records,  its standards are fairly lenient; students can, for example qualify with a 65 average. Queens students get priority but any New York City resident can apply. The school does not fill all of its seats and has a significant number of openings for incoming 10th graders.(Gail Robinson, DOE materials, November 2018)
Read more

How many teachers have 3 or more years of experience teaching?
74%
76% Citywide Average
Years of principal experience at this school
5.6

How many students with disabilities graduate in 4 years?
62%
66% Citywide Average

Challenging standards-driven academic program. In collaboration with the school community and various partners, students will be introduced to careers in law enforcement and public safety.

Shared campus?
Yes
This school shares a building with another school.
Metal detectors?
No