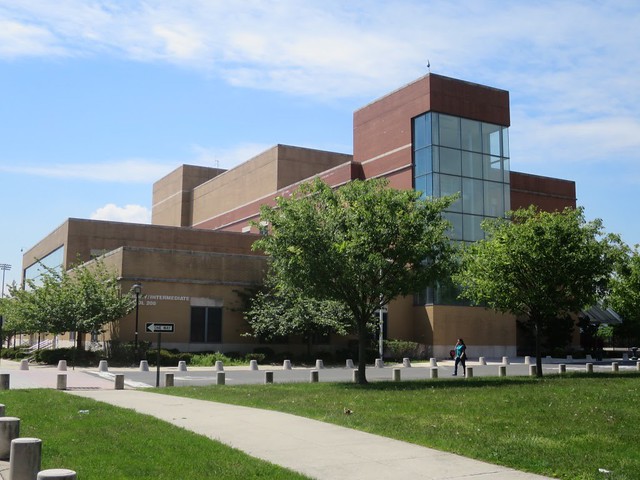 A solid k-8 school in an attractive building

Hard to get to by public transportation

Bright and beautiful, PS/IS 208 is one of several schools housed on a 32-acre campus with inviting buildings, a well-equipped playground, plenty of green space and sports facilities.  The school has a history of solid test scores and strong attendance.

Located far from any subway line,  PS/IS 208 occupies the former site of the Creedmore Psychiatric Center along with PS/IS 266, the Queens High School of Teaching, Liberal Arts and Sciences, and one of the sites for PS 993, a District 75 school that serves children with severe disabilities. Because PS/IS 2018 is not a zoned school, children come from throughout the area and arrive by bus or car at the end of an access road, which limits casual encounters among families and can make play dates a challenge.

Test scores in math exceed the citywide average; in English, they run average for the city, but exceed the district-wide average.

Eighth-graders can earn high school credit taking algebra and earth science. All middle school students take visual arts and can also choose from dance, music and theater. Students study a topic of the month, such as a country, or character trait, according to the school’s 2016-17 Comprehensive Educational Plan (CEP). This culminates with a multicultural celebration in May at which parents, students and staff can visit student exhibits developed during their monthly studies.

James Philemy has been principal since the school opened in 2003. During his tenure, the school has maintained an excellent attendance rate and created a number of initiatives aimed at boys and at fathers. One, Mentoring Boys to become Successful Men, promotes motivation, positive self-image, and academic excellence in boys in grades k through 5, according to the CEP.

By most measures people in the building respect and trust one another, and 90 percent of teachers responding to the 2016-17 NYC School Survey said that they generally enjoy coming to work at PS/IS 208. However in the same survey almost 30 percent of middle school students said they did not feel safe in hallways, bathrooms and other common areas of the school and 61 percent said bullying was an issue. School leaders are taking steps to further improve the school environment such as an anti-bullying campaign, according to the CEP.

Children may participate in enrichment activities in the school’s Saturday Academy, according to the CEP.

ADMISSIONS:  Open to District 29 students. For elementary school, priority for children whose siblings attend the school. Fifth-graders at PS /IS 208 get priority admission to the middle school. The school typically admits students from across District 29. (Gail Robinson, web reports, August 2017)

How many teachers have 3 or more years of experience teaching?
90%
79% Citywide Average
Years of principal experience at this school
15.9

Shared campus?
Yes
This school shares a campus with PS/IS 266 and the Queens High School of Teaching, Liberal Arts and the Sciences
Uniforms required?
No
Metal detectors?
No