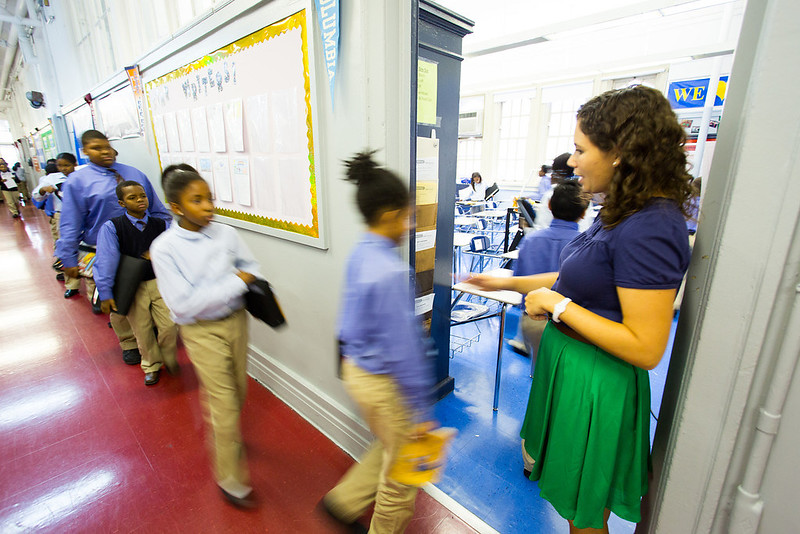 Part of a high-performing charter network

Many changes in leadership

Brownsville Collegiate Charter School, which serves grades 5 to 8, is part of Uncommon Schools, a large charter network that aims to get its largely low-income black and Latino students into college and give them the skills to succeed there.

To accomplish this, the school, like others in the network, provides middle school students with two periods of math and two of English—one focused on reading and one on writing—every day. Classes start in late August and students attend school from 7:40 a.m. to 4 p.m. Struggling students are encouraged to attend classes on Saturday. The school emphasizes an orderly, disciplined environment, and uniforms are mandatory.

This school does not do as well on state tests as some others in the Uncommon network, with only 30 percent of students scoring proficient on the English language arts test. The students fare better on the math test, and all 8th-graders take the algebra I Regents exam.

Brownsville Collegiate has had several changes in leadership since it opened in 2009, and it has struggled to maintain discipline and order under some of those leaders, according to the annual NYC School Surveys. Joel Tracy, a graduate of Brown University who worked as a teacher and dean at other Uncommon schools, became principal in 2016. In the 2016-17 survey, teachers gave him fairly high marks and said order and discipline were maintained on his watch.

Uncommon started with middle schools and has expanded to include elementary and high school. It envisions all of its students staying in the network for kindergarten through 12th grade.  Students at Brownsville Collegiate can go on to Uncommon Collegiate Charter High School, a safe school that enjoys strong leadership and does a good job preparing teens for college. In 2017, 100 percent of the high school’s graduates were accepted into four-year colleges, the Amsterdam News reported.

ADMISSIONS: Lottery for 5th grade, with priority to District 23 students. The school fills any vacancies in grades 6 through 8 from its waitlist. Applications are available from the Uncommon website. (Gail Robinson, school website and DOE statistics, April 2018)

Shared campus?
Yes
This school shares the building with PS 150
Metal detectors?
No