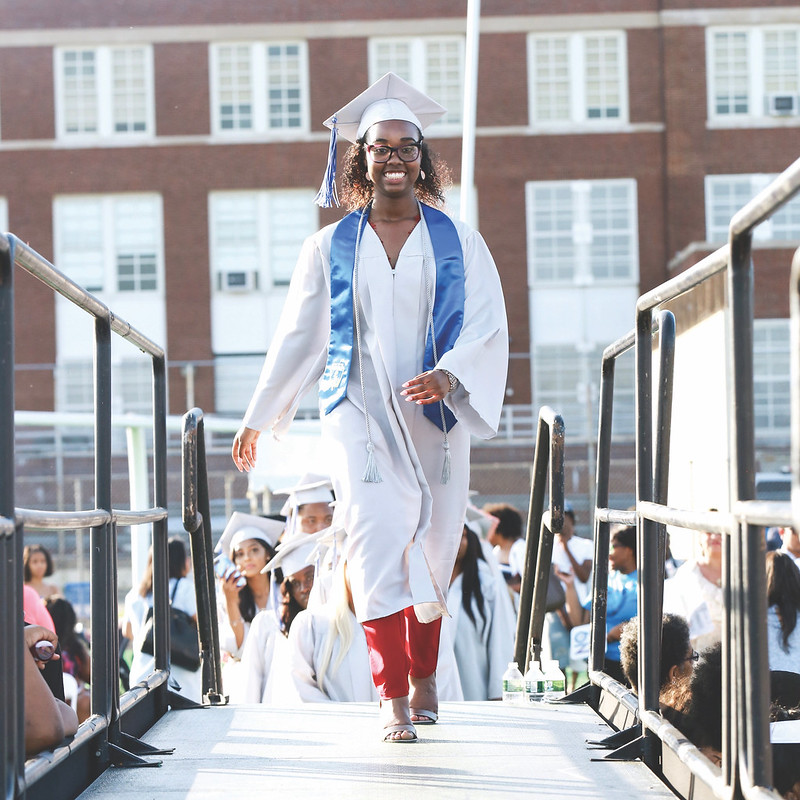 Longer school day and four years of math and science

Has a ways to go to build a trusting school culture

Advanced Math & Science IV is part of the New Visions Charter High Schools network, created by New Visions for Public Schools, a nonprofit organization that has worked to strengthen NYC public schools since 1989.

Housed in the August Martin Campus, AMS IV is modeled after a school of the same name that opened in 2011 in the John F. Kennedy Campus in the Bronx. Classes run from about 8:30 am to 4:15 pm every day. Class size, with an average of 20 students, is smaller than the typical high school class size.

Classes are organized in three trimesters (instead of two semesters) a year, which allows students to take more courses and accumulate more credits. Advanced Placement classes include AP English Literature, and AP Statistics, as well as College Now courses at York College.

After-school students can participate in various clubs and on-campus sports teams such as basketball, football, boys’ volleyball, softball, girls’ track, and more. There is a required summer session for new 9th- and 10th-graders

The school has a ways to go to develop a safe and trusting culture, however. Fewer than half the students say teachers support them when they are upset, NYC School Surveys show. Students also complain of bullying. Teachers report low trust among staff.

ADMISSIONS: All students are admitted by lottery. District 27 preference. An application must be submitted by the deadline (typically April 1st). Applications received after the deadline are automatically placed on a waitlist. Admission is ongoing until all seats are filled. Visit www.newvisions.org/admissions for more information or email [email protected].   (Lydie Raschka, web reports and email correspondence, April 2020)

Not offered in 2019-20
From unpublished, anonymized data from the class of 2019-20 provided by the New York State Education Department, brought to you by